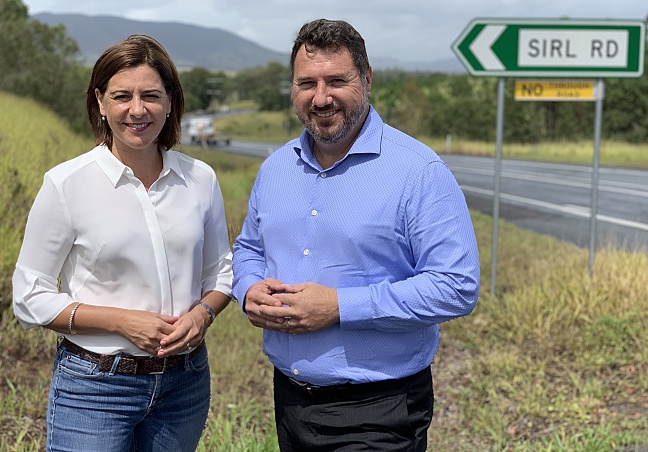 Strong economic management by the LNP is helping to create jobs and drag Queensland’s economy out of recession, Member for Nanango, Deb Frecklington said today.

Mrs Frecklington said the Federal Government was able to invest in infrastructure across Queensland, including the fixing the D’Aguilar Highway, because of the effective and responsible management of the national Budget by the LNP.

“The only party which can be trusted to manage the economy is the LNP,” said Mrs Frecklington.

“The Federal Government is able to invest in job-creating infrastructure at this difficult time because of its strong economic management over several years.”

“The Federal Government’s support is very welcome, but Queensland should be doing much more at state level to build a stronger economy for the Somerset region,” she said.

“An LNP Government that I lead will get Queensland working again by building new dams and roads, cutting the cost of electricity, backing Queensland-owned businesses and ruling out any new taxes.

“Queensland had the worst average unemployment rate and highest number of bankruptcies long before covid-19 hit us.

“Labor has no plan and no Budget for our economy.

“An LNP Government will hold a Budget within 100 days of the next election and finally get Queensland working again.”

Photo: Member for Nanango, Deb Frecklington and Member for Glasshouse, Andrew Powell have been fighting for funding for the busy D’Aguilar Highway and welcome the Federal Government announcement.