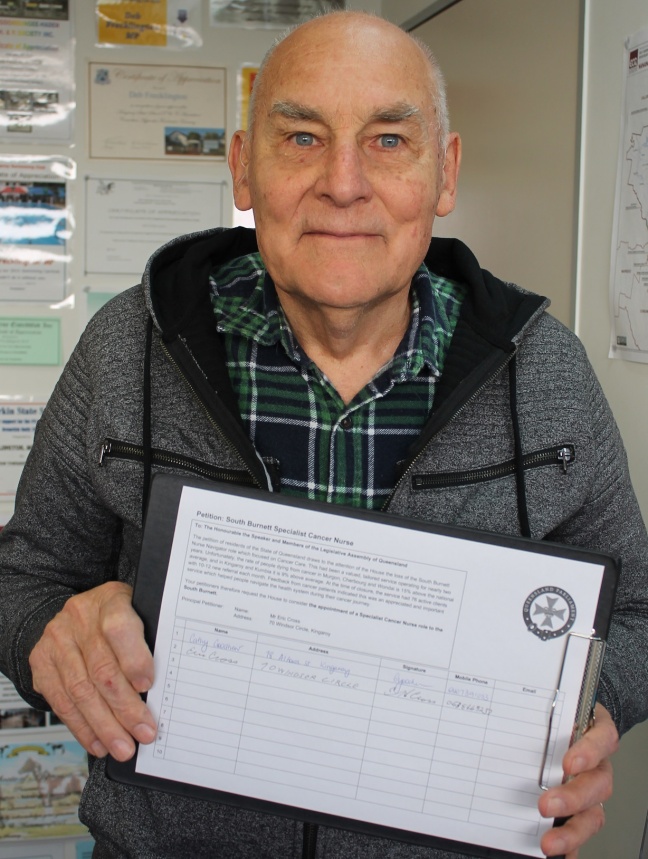 Member for Nanango, Deb Frecklington, is supporting a petition calling for the appointment of a Specialist Cancer Nurse role for the South Burnett.

Mrs Frecklington said she had been approached by members of the community who had previously used a similar service and were disappointed to hear it would no longer be available.

“A Cancer Care Nurse Navigator role was operating in the South Burnett for nearly two years and had become a valued service,” Mrs Frecklington said.

“Local cancer patients appreciated and needed this tailored health care. In fact, when the service ceased in late 2019, there were 76 active clients, with 10-12 new referrals each month.

“There are a large number of cancer patients in the South Burnett, with the number of people dying from cancer in Murgon, Cherbourg and Wondai 15% above the national average and 9% above the average for Kingaroy.

“In February this year I wrote to the Darling Downs Hospital and Health Service Board calling for the reinstatement of this specialist role.

“However, they have noted that the role will now be general and not specific to a particular disease. While I appreciate this new role is also important, cancer patients are telling me that they are very disappointed to lose this essential cancer specific service, which guided them through their cancer journey.

“The petition we are running is calling for the appointment of a Specialist Cancer Nurse role for the South Burnett and it is being supported by Principal Petition, Mr Eric Cross. Both Eric and his wife Carla have survived cancer and in 2019 were the Faces of Relay for Kingaroy Relay for Life.

“The petition will be available in hard copy format from various members of the community, as well as at my Electorate Office in Kingaroy. It can also be signed online at https://www.parliament.qld.gov.au/work-of-assembly/petitions/petition-details?id=3360. The petition will close on the 28th August 2020.

Photo: Kingaroy local, Eric Cross is supporting Deb’s petition for the appointment of a Specialist Cancer Nurse role to the South Burnett.